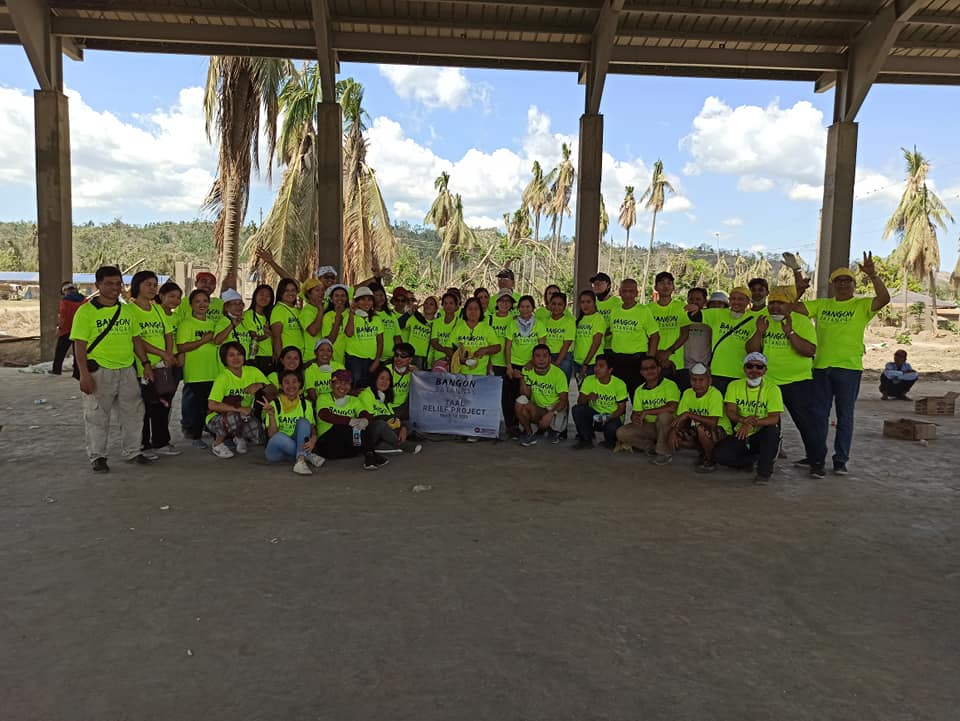 8 For by grace you have been saved through faith. And this is not your own do- ing; it is the gift of God,

9 not a result of works, so that no one may boast.

10 For we are his workmanship, created in Christ Jesus for good works, which God prepared beforehand, that we should walk in them. Ephesians 2: 8—10

After 42 years, Taal Volcano, in Batangas , Philippines erupted again. The January 2020 eruption has affected thousands of families and caused millions-worth of damage just days after the initial eruption on 12 January 2020. The Philippine Volcanology and Seismology (Phivolcs) raised the status to Alert Level 4 (hazardous eruption imminent). The ash and rock fragments column reached up to 10-15 kilometers due to continuous eruption. There was also frequent volcanic lightning and earthquakes. The Elders and Deacons of Cubao Reformed Baptist Church (CRBC) were moved to help the victims of the Taal eruption. However, roads were closed and there was no way for us to go there. They coursed the Relief work through Christian Compassion Ministries Foundation, Inc (CCMFI).

On January 18, 2020 the Board of Trustees (BOT) of the CCMFI met in an effort to have Relief Operations in Batangas. They appointed Deacon Luisito R. Lim to be the Relief Director. Deacon Louie coordinated with Pastor Wilfredo Obrador, a graduate of Grace Ministerial Academy (GMA) and pastor of Sta Cruz Baptist Church(SCBC), to partner with CRBC and CCMFI. Ptr Willy has been helping the victims of the Taal eruption through the donations of many Reformed Baptist Churches. He and Deacon Louie discussed the areas that are most in need. It took sometime for them to identify the specific places as most of the people were still in Evacuation Centers. There was a great need to remove all the volcano ash that were spewn by Taal.

On the third visit of Deacon Louie to Ptr Willy, they have identified the two hardest hit towns of Talisay and Agoncillo, Batangas. It was about this time that the Alert level was lowered to Alert level 2. On 23 February 2020, the CCMFI BOT once again met to assign former CCMFI Finance and Admin Director, Rebecca L. Macapagal as Finance Manager of the Taal Relief Activities starting 26 February 2020. They also restructured the Budget allocation of the Relief Work in Batangas.

On February 28,2020 Deacon Louie, Bekha Macapagal, Rizza Malaga (another former CCMFI staff) with Pastors Mon Macapagal and Ismael Montejo went to survey the identified towns in Batangas. Upon the recommendation of Ptr Willy , they decided to bring relief goods to three (3) Barangays of Agoncillo - Banyaga, Bilibinwang and Subic Ilaya. The names of residents of the three barangays were requested from the barangay captains. A total of two thousand (2000 ) relief packs will be prepared for the Taal Relief Work. Rice will be purchased from a local rice dealer .

On the same day, the purchase of relief goods from a big wholesaler of goods, in Batangas, Suy Sing Commercial Corporation, was made. Relief goods included 2 packs of noodles, 4 canned goods, 2 packs of biscuits, 10 sachets of 3 in one coffee, 1 big sachet of powdered milk, 2 bath soap, 10 sachets of shampoo, 1 big pack of powdered laundry soap, 1 bar of laundry soap, 1 70% alcohol (500ml), 1 Chlorox, 500 ml (bleach and disinfectant) and 5 kgs of rice. Securing the list of names of the residents of the three (3) Barangays proved difficult as the lists sent were handwritten and were only through pictures taken through the cellphones. Rizza was tasked to prepare the laminated stubs totaling two thousand (2000) based on the messenger communications from the Barangay Health Workers who were coordinating with her. Meanwhile , Deacon Louie still goes to Batangas as communication lines were not readily available. He and Ptr Willy scouted for suppliers of rice and packaging materials within Batangas. They also visited the Barangays for the correct list of

Deacon Louie gave out the stubs to the barangays on March 10 to make sure the recipients get the stubs ahead of time so that we could go with the distribution smoothly. All the preparations were done by the team of three Relief workers including the practical aspect such as T shirts, food for the two day relief work, face masks, gloves etc. The preparation of checks were handled by the Accounting section.

On 12 March 2020 Deacon Louie with three (3) volunteers, went to Sto Tomas Batangas to attend to the receipt of deliveries of goods to SCBC. He brought with him tents, tables, sleeping bags and other things needed. The following day, March 13, a group of seventeen (17) CRBC volunteers left at five o’clock in the morning for the repacking of relief goods. Later Ptr Mon and Bekha arrived with the other supplies. About twelve members of SCBC joined the repacking activity. The first to be repacked were the rice.

It took the about three (3) hours to repack the rice in small sacks of five (5) kgs each. The repacking of the other relief goods started at about 2 o’clock in the afternoon. The goods were lined up in tables with people manning every item such that the assembly line worked like a machine. It was very quick!. One interesting aspect of the repacking were the boys and girls from the neighborhood who helped in the repacking. Their energy was amazing and challenged the adult volunteers! However, we encountered difficulty in the repacking of the alcohol, chlorox and soap. The members of SCBC did not want them in the same relief bag as the food items. Hence, the repacking finished late and loading the relief goods were finished at midnight. With only a few hours of rest, the repacking team embarked on the long travel to Agoncillo.

We were met by a group of fifteen (15) more CRBC members. In addition three (3) trucks were hired for the relief goods which were packed by the volunteers. There were approximately ten vehicles used for the relief operation. The tarpaulins on the vehicles and the neon green shirts with BANGON BATANGAS provided easy passage for us as we were given priority by other vehicles and check point personnel. Our first stop was the farthest – Subic Ilaya. Here we encountered difficulties as the stubs were only distributed on that day. The procedure for the distribution included the preaching of the word by either Pastors Mon, Ismael or Willy, before the relief goods were distributed. It took us more time to finish the distribution of seven hundred (700) Relief bags.

Our next stop was Bilibinwang.

The relief distribution went smoothly here as the stubs were already distributed . After the preaching of God’s word in batches, we were able to distribute the relief packs . We were able to go to our last stop before one o’clock in the afternoon in Barangay Banyaga. The residents were already waiting for us at the covered court which the Barangay officials used. Ptr Ismael directed the hearers to the pastors in Batangas who were with us so that they could attend bible studies. The Barangay Captain offered lunch to some volunteers while some had to go to the restaurant where we had our lunch at about three o’clock in the afternoon.

The two CCMFI vehicles had to leave earlier since the Community Quarantine was set to start at midnight of March 15. One van and Ptr Mon’s vehicle opted to stay behind to pack up our things and make sure we did not leave anything behind since we could no longer cross the borders and enter the provinces the following day. The Bangon Batangas Relief Operations was a real sacrifice to the staff and volunteers. We went to Batangas not knowing if we could go back to Metro Manila again due to the Lockdown. We were pressed with time as this is the only relief work that was conducted in over two weeks only. We had so much inconveniences as to sleeping areas, water availability and of course exhaustion. Yet in the Lord’s goodness we were able to distribute the relief goods knowing this will be the last relief they will ever get due to the Lockdown. Even with so much anxiety for the lockdown we praise our Great and Almighty God for His providential care.

To God be the Glory Alone!! 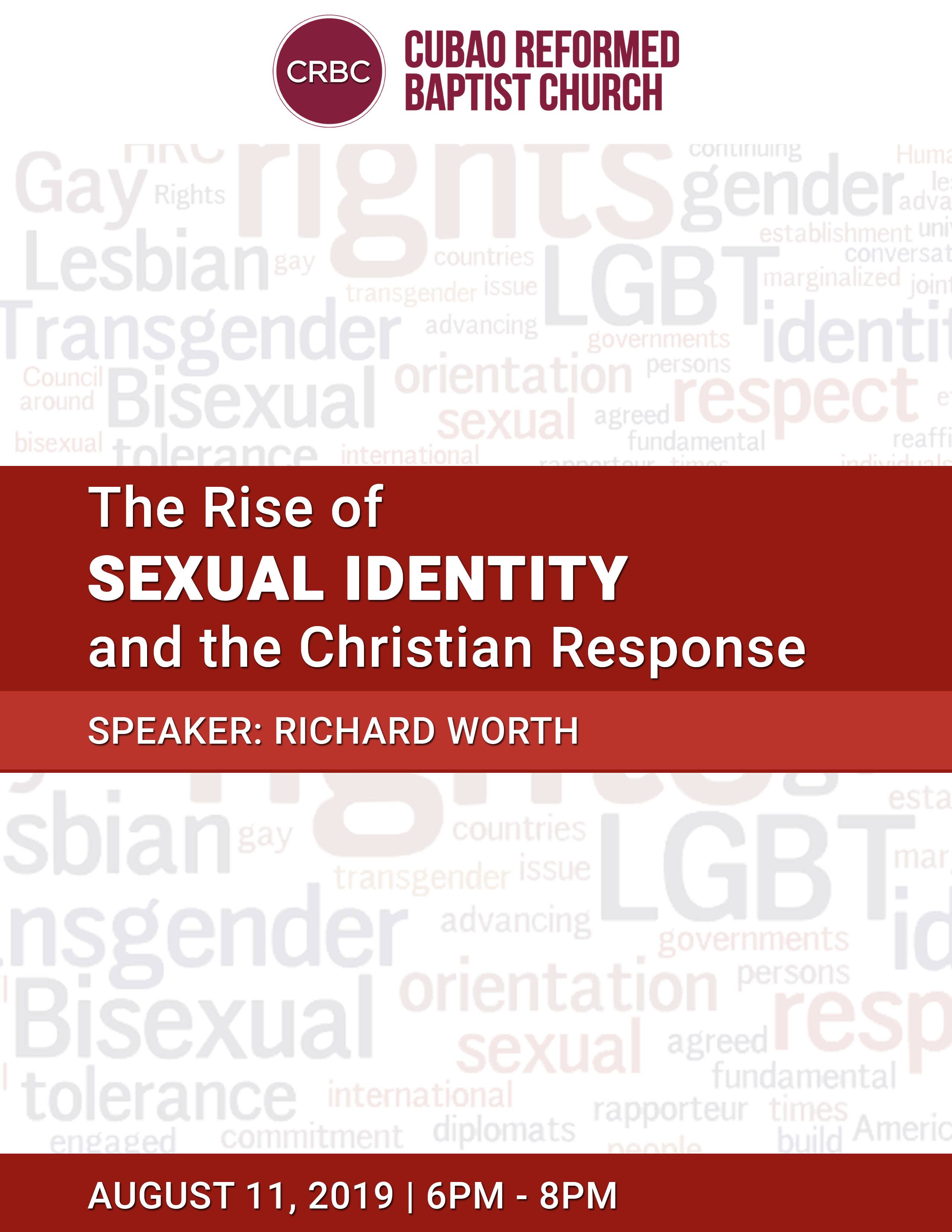 The Rise of Sexual Identity and the Christian Response 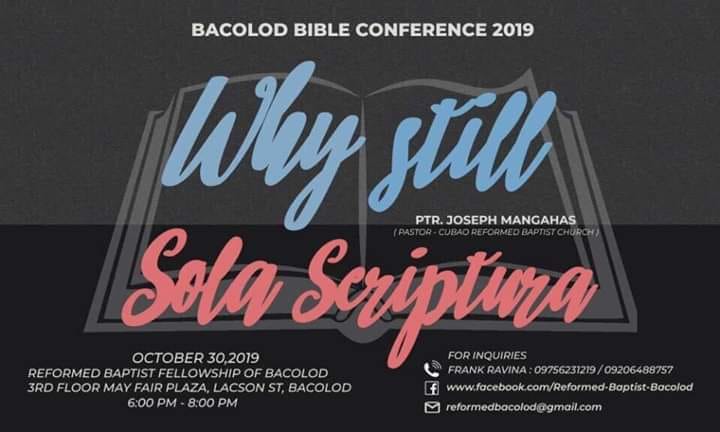 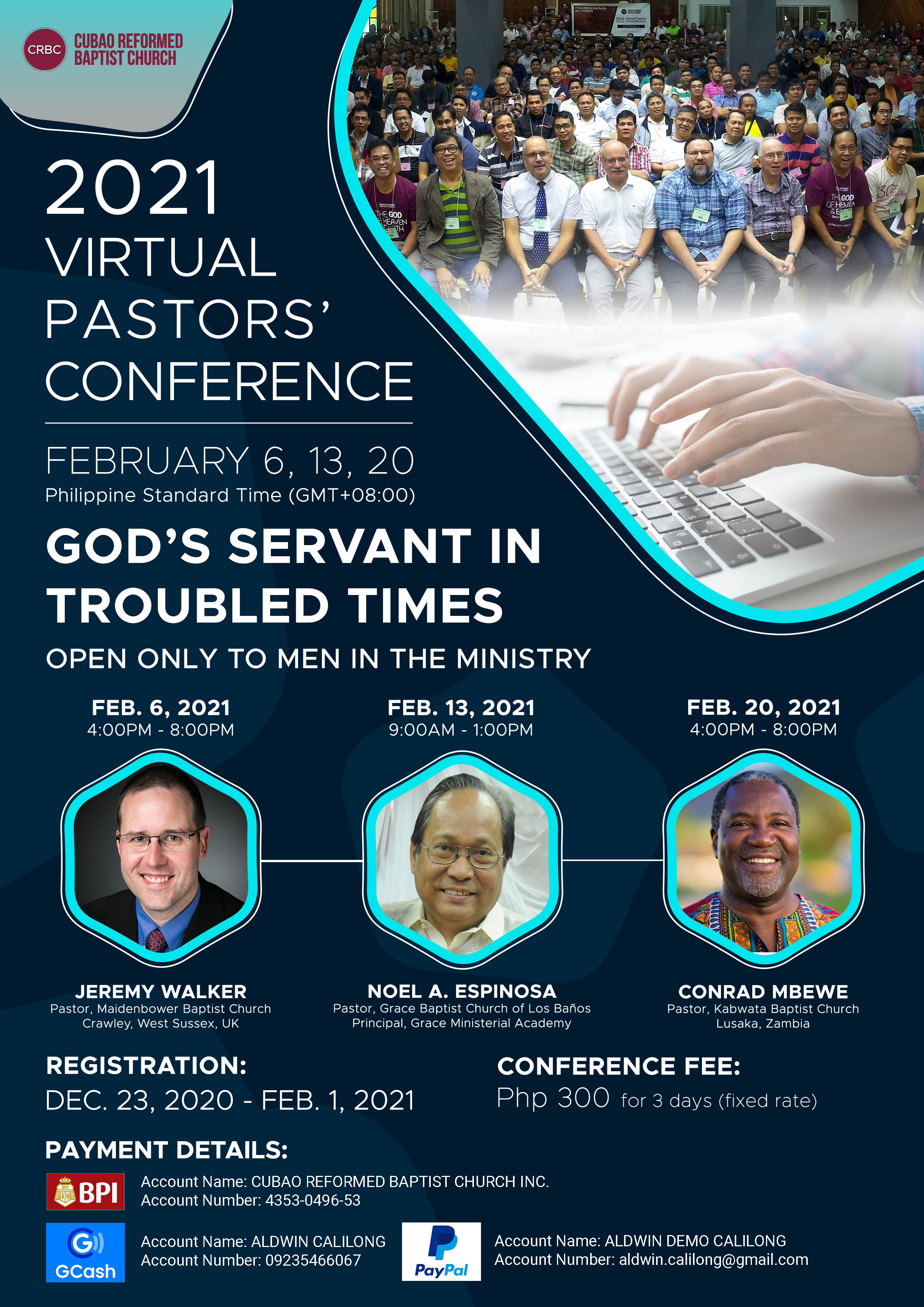